GH Elliott was a musical hall singer and dancer who died in 1962. So full of gaiety and laughter was his act that he was invited to appear in the Royal Variety Show on three occasions (for King George V in 1925, King George VI in 1948, and for Queen Elizabeth II in 1958). He was also honoured by the BBC, being the subject of ‘This Is Your Life‘ in 1957. Eamonn Andrews handed him the big red book live on the stage of the King’s Theatre, Hammersmith: 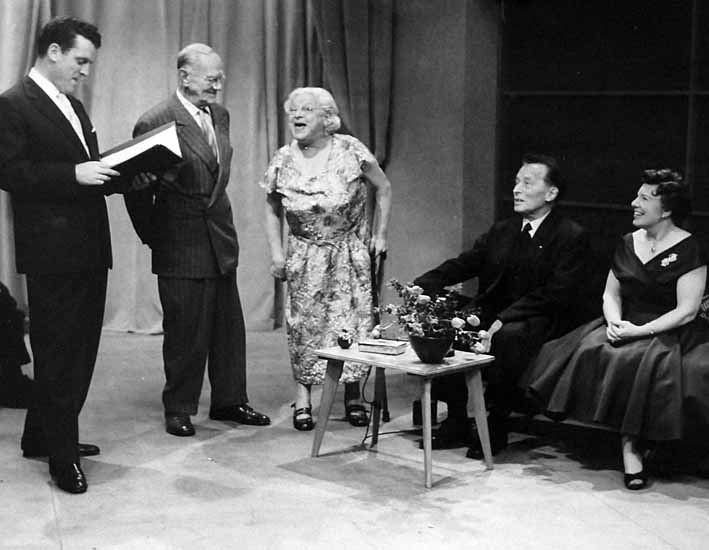 “Born in Rochdale, he spent his formative years in the United States, where he played juvenile parts on stage, and later joined a Minstrel troupe. Returning to England in 1901 he developed a song and dance act which he performed in the music halls. In an attempt to be different from other Black Faced Minstrel performers and look more like the people he was meant to portray, George developed a chocolate coloured make up and became known as the Chocolate Coloured Coon.”

And that’s the stage name that appears on his gravestone at the Parish Church of St Margaret of Antioch in Rottingdean, Sussex. The inscription is draped theatrically in a proscenium arch, and reads: ‘The last curtain call for GH Elliott, The Chocolate Coloured Coon, who passed peacefully away on 19 November 1962. Dearly loved R.I.P.’

Except he can’t RIP for much longer because, after all these decades, the Archdeacon of Brighton & Lewes, the Venerable Martin Lloyd Williams, has decided to be offended. And not only has he decided himself to be offended, he has decided to be offended on behalf of everyone else: “I find the inscription on these two headstones deeply offensive and am sure that the vast majority of people would agree and would want it changed,” he told the Daily Mail.

GH Elliott is buried next to his fellow musical hall entertainer Alice Banford, known as Lal Cliff, who also died in 1962. Her gravestone has been covered up because it is engraved: ‘Coon singer and dancer’.

To permit one gravestone to be inscribed with the c-word, Mr Williams, may be regarded as a misfortune; to permit two looks like carelessness.

And isn’t that rather the point? The Church of England deemed these gravestones to be acceptable in 1962, at the height of racial tensions in the Civil Rights era. There is no doubt that the c-word was deemed offensive then (indeed, going back to 1837), but it was permitted to appear on two gravestones because it was wrapped in the identities and stage personae of two music hall entertainers, and, in the case of GH Elliott, a highly distinguished one who was honoured by Royalty and the BBC.

This history isn’t being purged from the BBC archives, or expunged from Royal Variety Performance souvenir programmes: these stand as a testimony to history – and to the artistic genius of a music hall turn which clearly brought joy and laughter to very many thousands of people. They remain for anyone who wants to seek them out, rather like two graves in a cemetery: it isn’t as though these headstones stand prominently in a public highway, causing offence to everyone who has to walk past them on a daily basis, like the statue of Edward Colston.

Of course GH Elliott’s act was in and of its time (like all music hall, and, indeed, most comedy). But you can’t censor a gravestone simply because its wording might offend modern sensibilities. Isn’t such revisionism a type of desecration? What about the ‘feelings’ of the deceased? Is their memory not worthy of respect? This is a gravestone, after all; not a statue of hero worship.

And isn’t the Church supposed to be above these sorts of squabbles? Have people really been queuing up at the door of St Margaret’s of Antioch fulminating their grievous offence and demanding that the stones be removed?

The Archdeacon is on a mission (no, not that one): “Over the last few months, investigations have been underway as to the legal and other considerations around seeking a solution, not least seeking to identify and contact the next of kin [who own the headstones]. Meanwhile, the headstones have been temporarily covered up.”

And so they shall remain covered until their descendants (if any, if found) consent to this history being obliterated, which is a kind of sanctified, if not sanctimonious blackmail (may one still use that term?).

The Archdeacon might consider that instead of censoring gravestones which had offended precisely three people over the past 58 years (but no doubt 3,000 over the past 48 hours), he might instead do something about equality and diversity in the leadership of the Diocese of Chichester, for they all appear to be distinctly pale, and, with one exception, very male. Why are there no black-skinned or brown-skinned people leading the Church in the Diocese of Chichester? In some areas almost 50% are Asian, and more than 10% black. How can white vicars, archdeacons and bishops possibly speak to these minorities, as the Rev’d Arun Arora asked in the Guardian a few weeks ago?

Is the c-word on two obscure gravestones really a cause of greater offence to BAME people than the fact that all the archdeacons in the Diocese of Chichester are white? Couldn’t people just grow up and walk on by, and consider that in the great scheme of things the fact that the rate of abortion in England and Wales has reached a record high of 207,384 is of vastly greater offence? Doesn’t that matter to God more than a word on two gravestones? Does it matter to the Archdeacon of Brighton & Lewes? Or does he choose not to be offended by this appalling statistic, every one of which represents a baby killed in the womb?

Shouldn’t the dead simply be left to bury the dead? Would anyone have bothered about these two gravestones if the Archdeacon of Brighton & Lewes hadn’t jumped on the latest grievance bandwagon to signal the irrepressible virtue of the Church of England? What happens when rights asserted vicariously cease to be tolerable to those who refuse to be coerced, intimidated or interfered with? What happens when the Church of England’s view of the common life ceases to be particularly common? What do the English do when they no longer feel represented by or even welcome in their national church?

Certainly, human dignity demands that no one be called the c-word or the n-word today (except, of course, for black people who may refer to each other by these terms), but we cannot impede the historic right of people to refer to themselves by these terms (or of Wing Commander Guy Gibson to name his dog). The music hall entertainer was historically free to avail himself of a racial stage identity, which became his possession. The Church of England was free to acknowledge this possession on a gravestone, and also free not to do so. But yesterday’s lawful ecclesiastical assent ought to stand as testimony to the Church’s complicity, not be erased under the pretext of today’s common recognition of human dignity, thereby smearing the reputation of a renowned and gifted entertainer, and conveniently eradicating inconvenient history from the chronicles of the age.